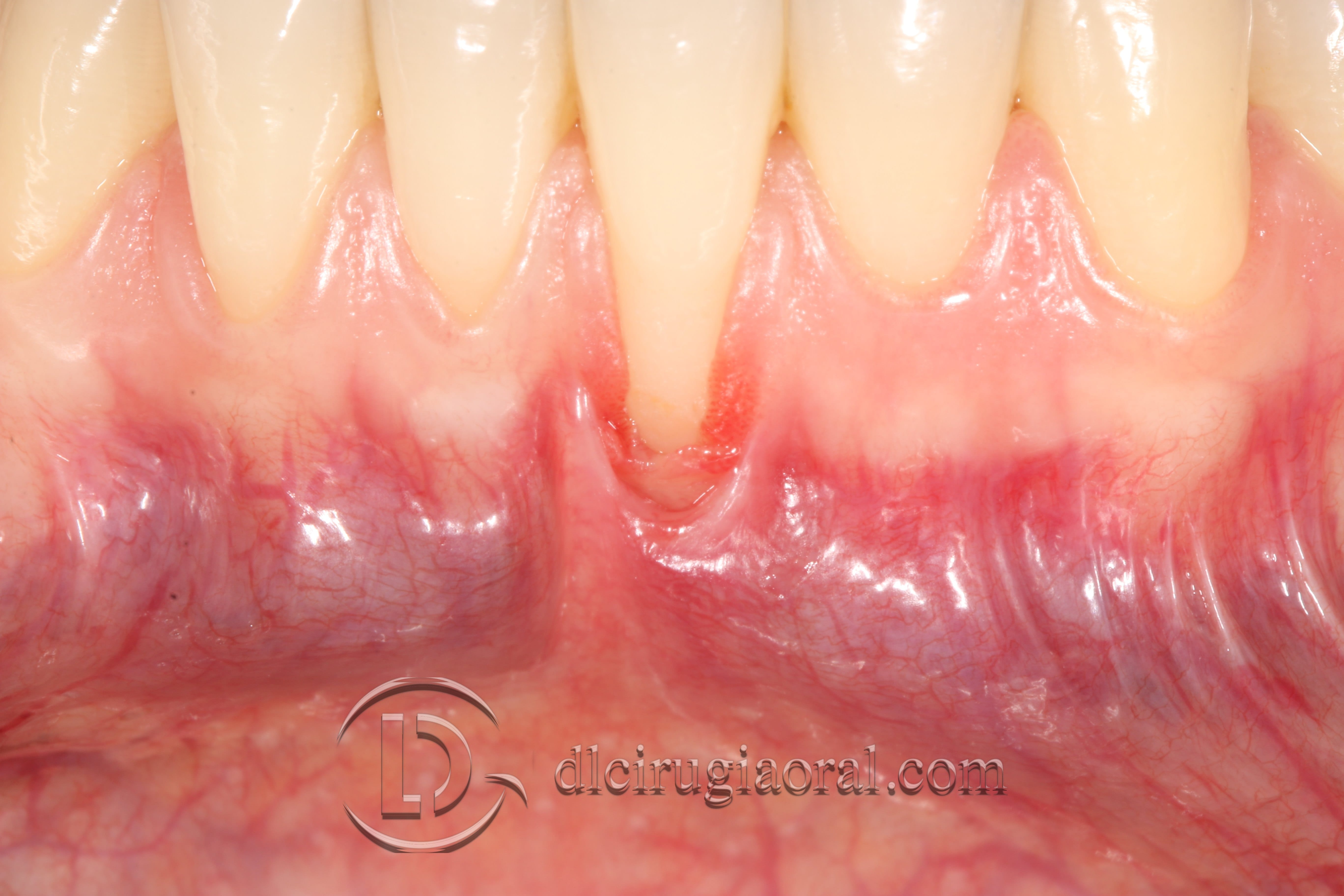 Covering recessions after orthodontics
The following 38-year-old non-smoking patient, with no relevant medical history, was referred to us by a colleague.
The patient stated that after finishing orthodontic treatment, she had noticed a gum recession in the lower incisor and that she wanted to correct the problem. Contributing to the issue was the presence of a high frenal attachment in the gum of the tooth affected by the recession.
This case could have been resolved in two stages by first performing a frenectomy and then waiting two months before later performing a connective graft. We decided to do all of this in a single operation, in which we performed the in-depth vestibular frenectomy, suturing the most forwardmost flap to the periosteum.

Then, we used a supraperiosteal tunnel access via the groove in the four lower incisors to insert the connective tissue graft, taken from the patient’s palate.
The connective tissue will cause a metaplasia, that is to say that it will transform into the same tissue where we will place it, giving a natural look without patches, unlike the effect of epithelial tissue grafts.
Below you can view photographs of the procedure as well as of the check-up at 3 weeks and 6 weeks. 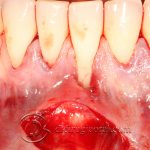 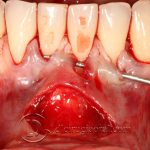 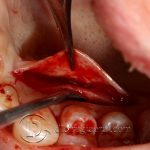 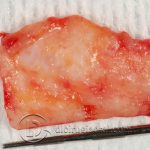 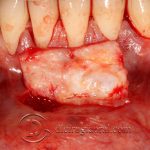 Situation of graft from the outside 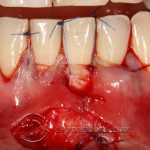 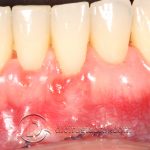 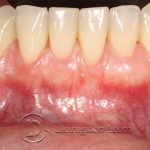