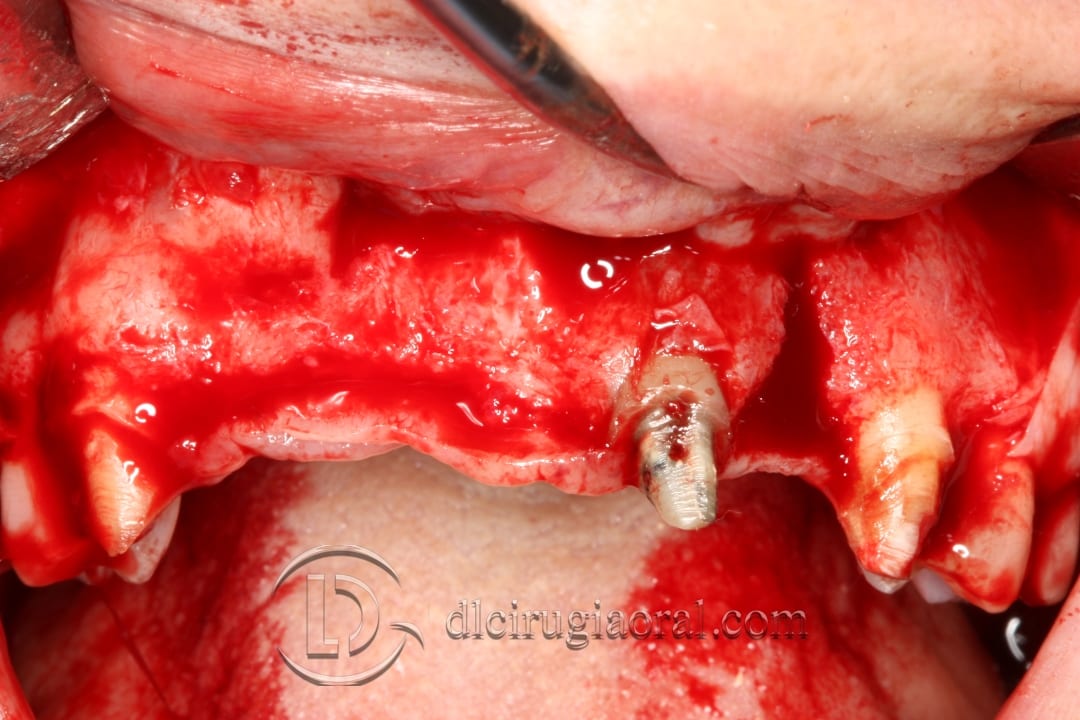 Today, we present to you the case of a 53-year-old woman with no relevant medical history who came to a consultation with a tooth-supported bridge in the upper-anterior area that she had had for 12 years, with 6 incisors. This prosthodontic resource was used by her odontologist after the loss of several teeth in the anterior section in order to rehabilitate the patient by closing the multiple diastemas that she had. The 8-tooth bridge had abutments in 13, 22, and 23. The lateral incisor was considered by the periodontist and the prosthodontist a non-conservable tooth.
We chose to treat this patient using dental implants. Prior to their placement, a reconstruction of the premaxillary area would be necessary, as this area presented with extensive atrophy due to the long-term edentulism.
The patient did not want diastemas, so we planned to fit a similar 6-incisor prosthesis over 4 implants.
Despite being considered non-conservable, the left lateral incisor, 22#, was to be maintained during the process of revascularisation of the grafts and placement of the implants. This would be performed immediately post-extraction.
Below, we present to you the reconstruction via bone auto-grafts according to the Khoury technique, as well as the appearance of the graft 4 months after replacement.
We hope you find the case interesting!
In this post you can see the evolution of the case and the placement of the implants. 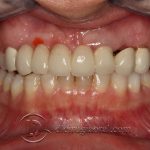 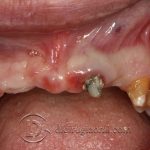 With the bridge removed 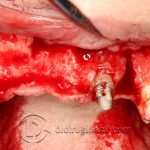 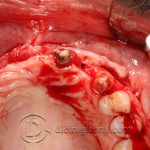 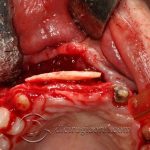 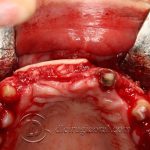 Filling in with particulate 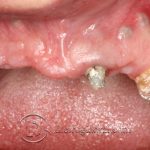 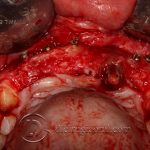 Appearance of graft after 4 months