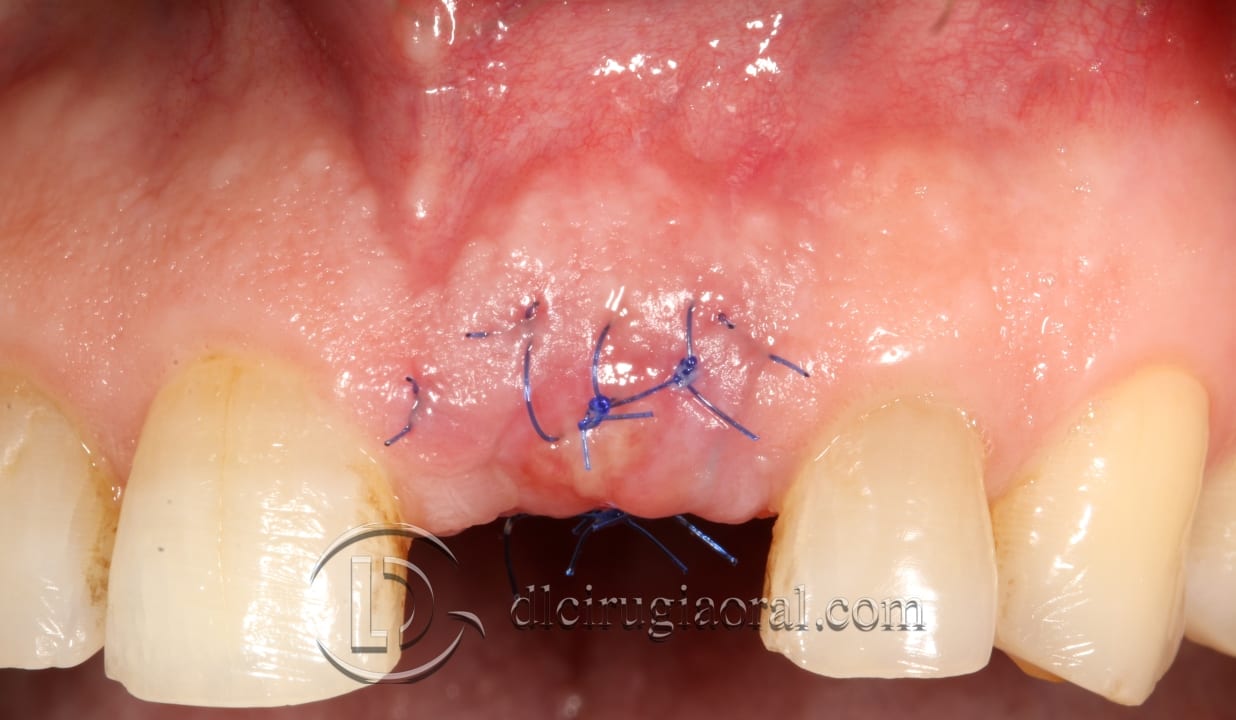 The following 40-year old, non-smoking patient with no relevant illnesses was referred to us. He presented a long-term root canal with movement and pain in the upper left central incisor. There was more than 10mm of hollow and we suspected a vertical fracture.

We proceeded to perform the extraction whereupon we confirmed that there was a vertical fracture up to the tip, leaving us with no buccal bone plate.
Once at this stage, we had 3 options: placing a post-extraction implant and graft, waiting and grafting at a later stage, or grafting directly and delaying the placement of the implant to achieve socket preservation.
We decided on this last option, scraping autologous bone from the mandibular ramus, with which we filled the socket. To close it, we obtained an epithelial free graft from the palate. The below photographs show the healing of the epithelial graft.
After 4 months, we re-opened for the placement of the implant. As you can see, the implant was completely surrounded by bone. We waited 4 more months for osteointegration and gingiva former surgery. 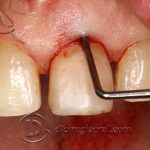 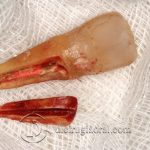 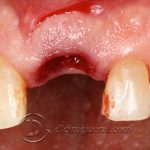 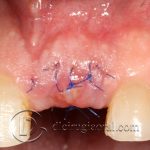 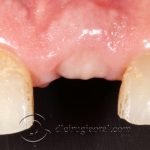 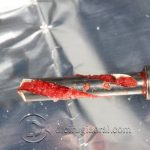 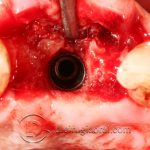 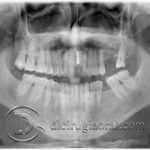